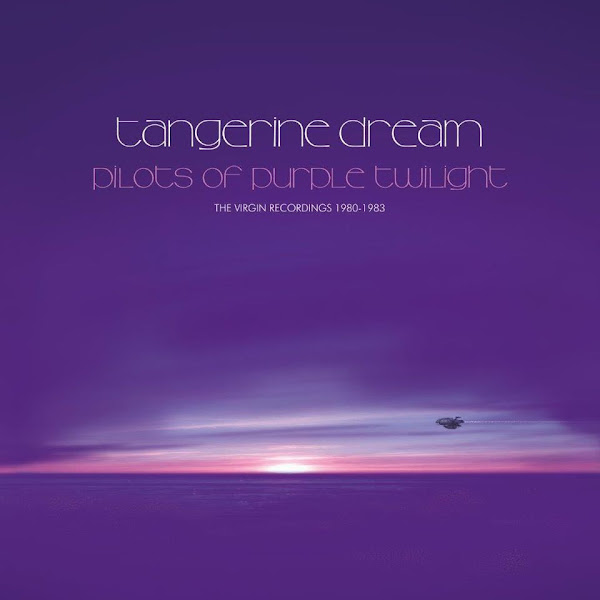 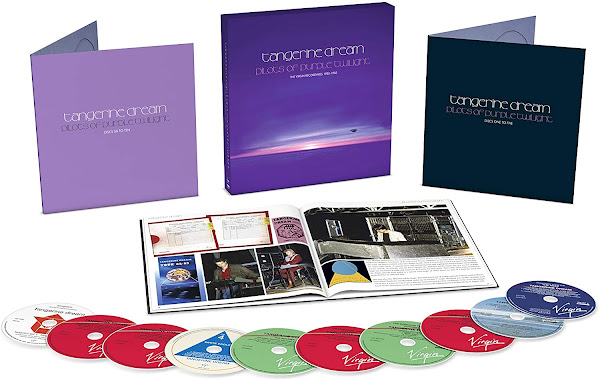 Available SEPT 11 from COMPACT DISC SERVICES in the UK.

Description: Tangerine Dream are one of the true pioneers of electronic and ambient music, and the albums they recorded for Virgin Records between 1980 and 1983 remain classics of the genre. Off the back of the success of In Search Of Hades, UMC presents this 10CD box set showcasing the next chapter in this period of Tangerine Dream’s history. The box set features newly re-mastered versions of the albums Tangram, Thief, Exit, White Eagle, Logos, Hyperborea along with the previously unreleased soundtracks from the films The Soldier, the 1982 movie directed by James Glickenhaus and The Keep from the 1983 movie directed by Michael Mann, something of a holy grail for Tangerine Dream fans. All audio has been re-mastered from the original master tapes by Ben Wiseman.

Pilots of Purple Twilight also features additional previously unreleased material across 4 discs, including the full concert at The Dominion Theatre, London (November 1982). In addition to this the soundtrack to Thief includes an extended promotional only version of “Dr. Destructo”, White Eagle features six bonus tracks recorded for the German television crime drama series Tatort (originally released on a 12-inch single and a 7-inch single in Germany only), all of which are released for the first time on CD and digitally.

Finally, Hyperborea includes five bonus tracks originally issued on the Virgin soundtrack LP for the movie Risky Business, including Tangerine Dream’s biggest streaming track, Love On A Real Train. Pilots Of Purple Twilight is lavishly packaged with a hard-back book with a new essay and many rare photographs and memorabilia. 1CD versions of Tangram, Thief, Exit, White Eagle, Hyperborea & Logos will also be released, the audio on these will be from the 2020 remasters and will feature bonus tracks from box.

Disc: 6 The Dominion Concert Part One