Light in the jungle 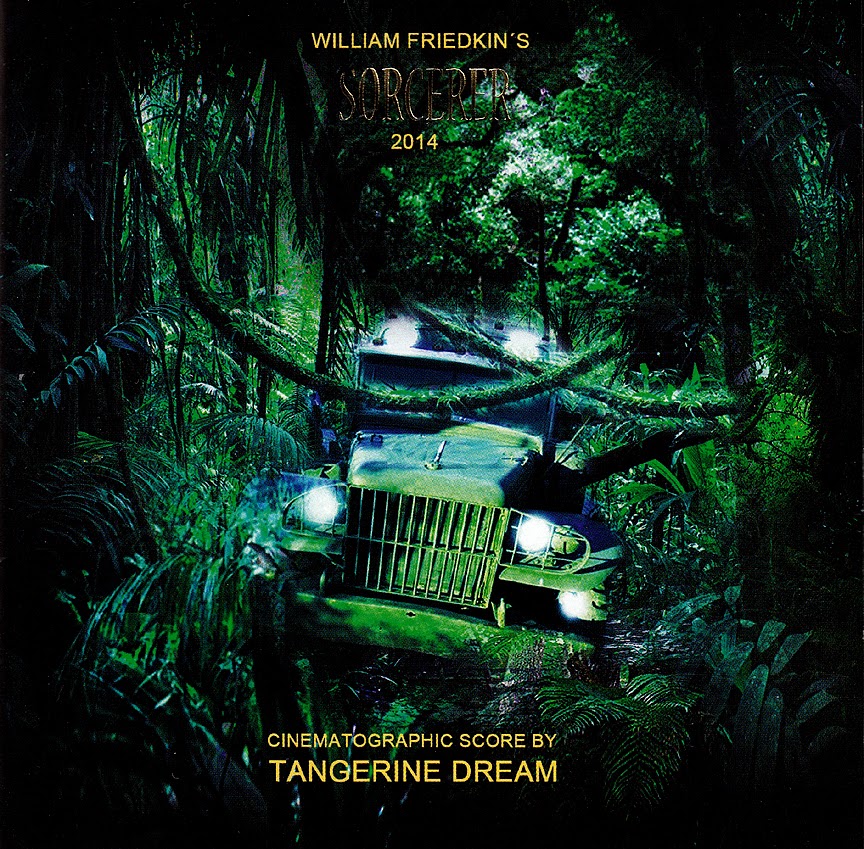 Tangerine Dream's recent release SORCERER 2014 seems to have confused fans.  So here are some pointers, which hopefully might shine some light on the subject.


Firstly there are two CDs.  CD1 contains 10 tracks (two less than the original MCA release) dropping the tracks MAIN TITLE & RAIN FOREST but overall it runs longer at just under 59 mins compared with the original's 45 mins.  WHY? well firstly this ISN'T the original recording, the '2014' should be enough of a clue, and secondly this isn't really what some fans have dismissed as TANGENTISATION.  So WHAT IS IT?  SORCERER 2014 is a completely new recording, performed by Tangerine Dream (the band, NOT as WILLIAM FRIEDKIN recently said your grandfather's Tangerine Dream).  Why does the sleeve say LIVE?  well TD sometimes perform/rehearse their live music in a small cinema near Vienna (see Jacob Pertou's recent excellent interview with Edgar).  The recording comes from one these 'shows'.  No sampling of the original music was done, instead the sound was totally re-designed but following-  more or less - the same timbres and sequences of the original, a process that took many months.  Some tracks are longer than their originals and on them the band take off in a slightly different direction, reinterpreting the music slightly in places.


WHAT ABOUT CD2 IS THIS UNRELEASED stuff? yes - but again things need some clarification.  Back in 1976 TD presented William Friedkin with 90 mins of music for SORCERER but unfortunately not all of it was used and eventually it was lost - leaving Edgar with only the notes that he had made at the time - hints at what he could have done if Friedkin had rejected TD's first attempt at scoring a Hollywood movie.  It is these notes, or music scores that CD2 is based on, and the results sound more like modern TD,  although a couple of tracks are slightly nearer to the SORCERER 2014 sound palate as played on CD1.  My personal view is that the double CD is excellent & comes highly recommended, provided you are not expecting to hear the old score 100% as it was - if you do you could always buy the original MCA release or the more recent ESOTERIC REACTIVE re-issue which uses some of my movie stills in the booklet.

CD2 contains 9 tracks and lasts just over an hour